Over lockdown two of the BCIC team members produced a podcast for other members of staff to keep them all connected.

We've taken their Season 2 'Inside Out' series and reduced them to mini-pods. Take a listen about their chatter about anger!

Anger is often referred to as a secondary emotion. This means it's often caused by another emotion. A lot of the time when I am angry it is because I am disappointed, hurt or upset.

Anger is sometimes something that builds up from small frustrations, other times it is a snap response, and this is usually to do with injustice.

Like any emotion, anger is not bad, it just tells us that something needs to change. For example, when I get angry at things in the news, its often because I don't think the world should be like that and I want it to change. I also want the fact that my sister takes too long in the bathroom to change, and that also makes me angry.

Anger can also be about values. If I value something, and someone or something threatens to take it away (or achieves that threat) I might also feel angry

Do you know what makes you angry? 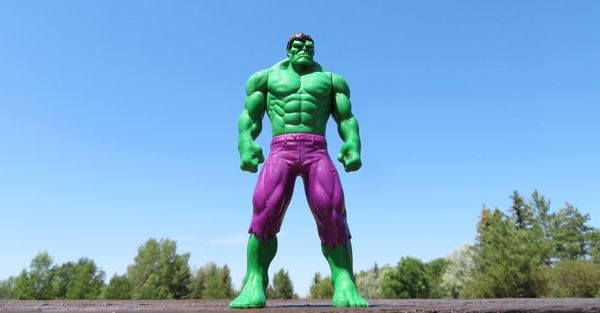 There are lots of other listen to 0.57- 1.30 for Lou's chatter about using different words for Anger

What words can you think of? Here's a helpful list which includes other emotions too 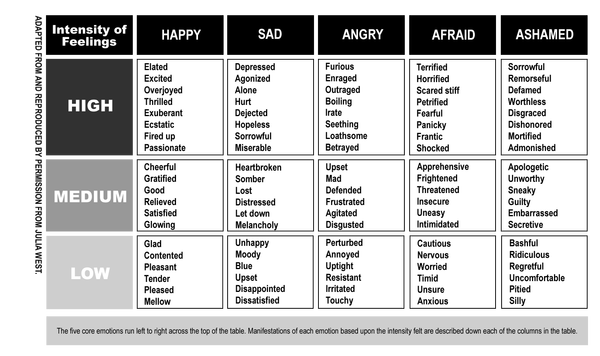 Anger has to come out and repressed anger is actually really bad for our long term health. At 1.31-2.04 on the mini pod we talk about it being like a bottle of coke being shaken over and over again.

How can you release anger? We are all different but we can learn from each other. Listen to the activity Amy & Lou do from 3.08 - 5.44.

Where do you feel anger?

Where does it leave you?

What are some healthy ways of releasing it from that place?

Listen from 6.56-end, how can we transform our anger, to see the change we want to see?. You can use this picture below to help you think. 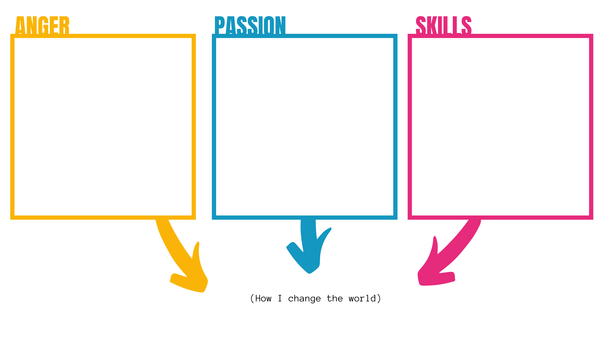 I've done an example above of some things that make me angry, that I am passionate about, and skills I have. When I look at them I can see a pattern and that pattern helps me understand who I am and how I can change the world. You may need to ask a mentor or friend to help you see the connections. 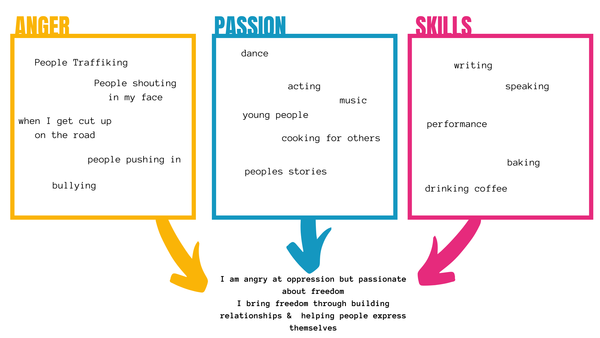